Talk about "Out On The Road", GFR was truly on the road this week with 5 shows in 9 days! It kicked off with a sold out show at the Rising Star Casino Resort in Rising Sun, Indiana.

GFR then headed way out west for a huge show with the band Chicago at the LA County Fair in Pomona, CA. The capacity audience on the closing night of the fair to see two iconic bands from the 70's was primed and ready when GFR took the stage. 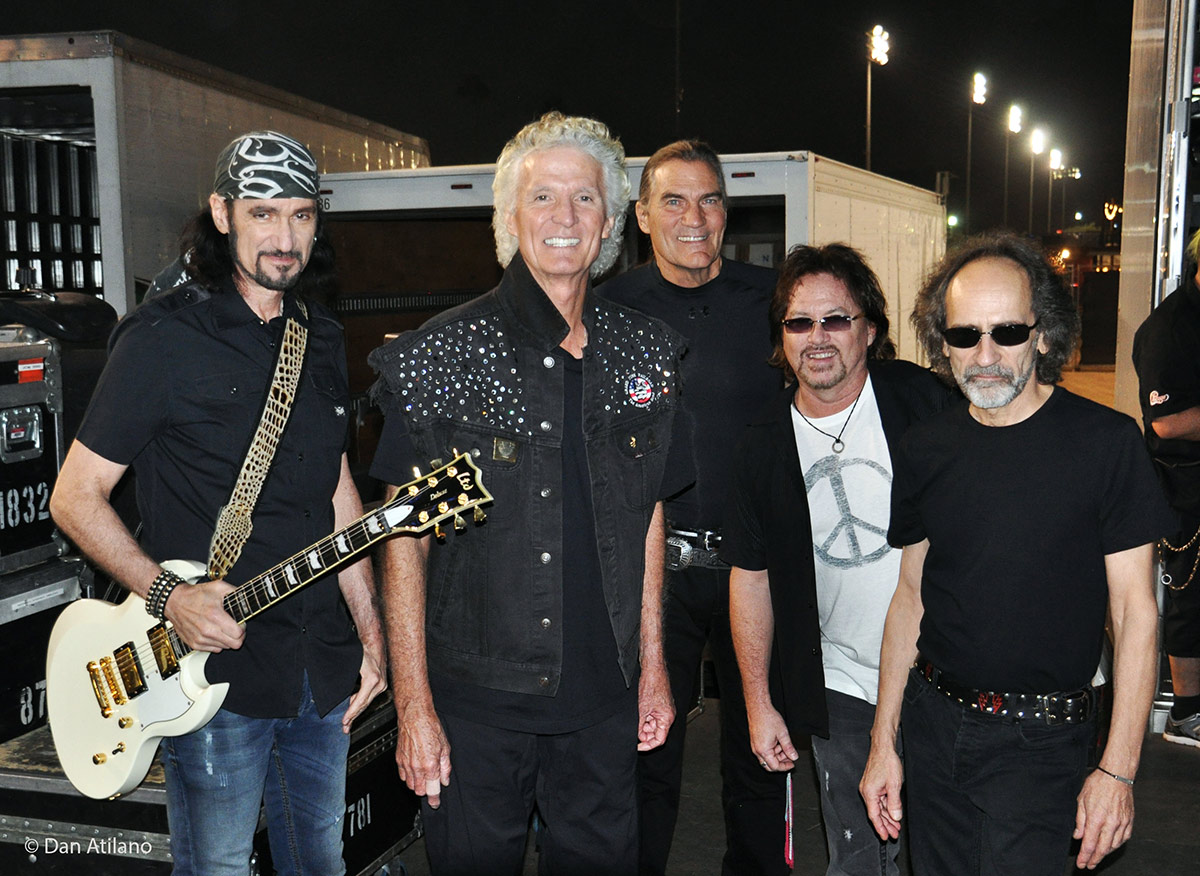 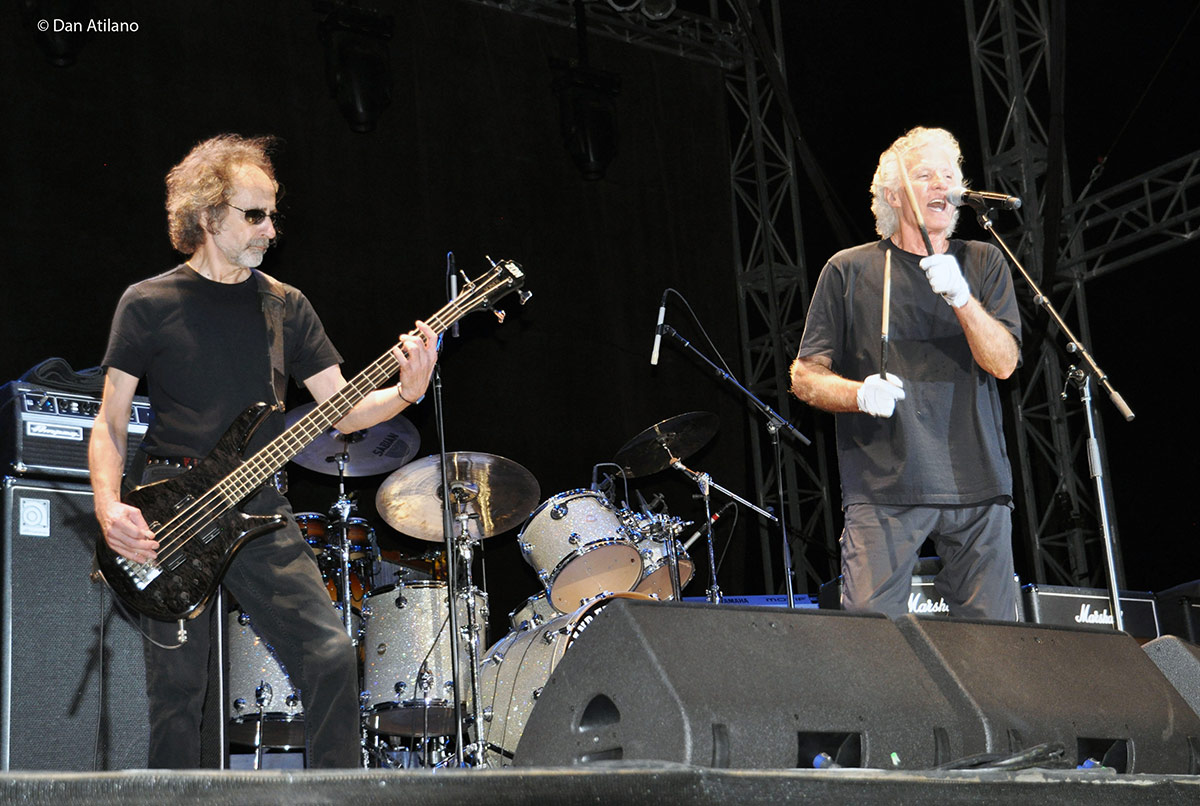 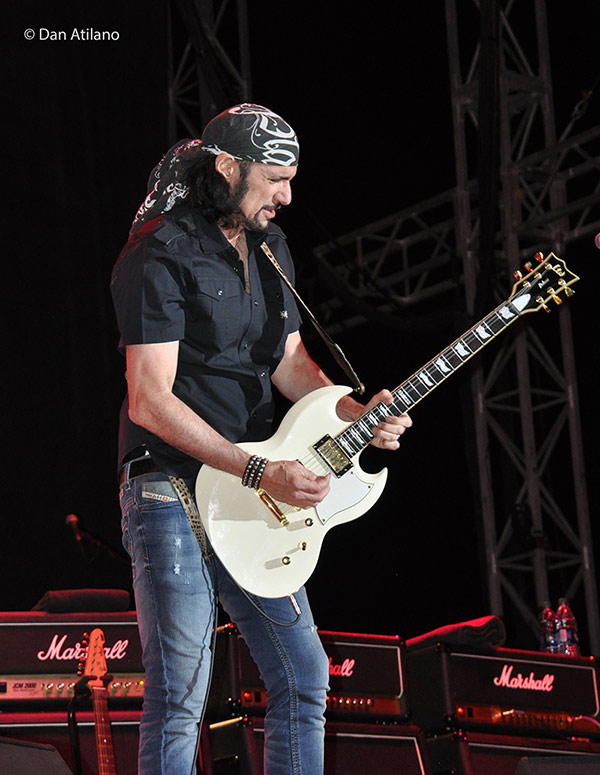 Playing a "just the hits" high energy Grand Funk Railroad Rock and Roll show, GFR captured the night and had the crowd on their feet the entire show. 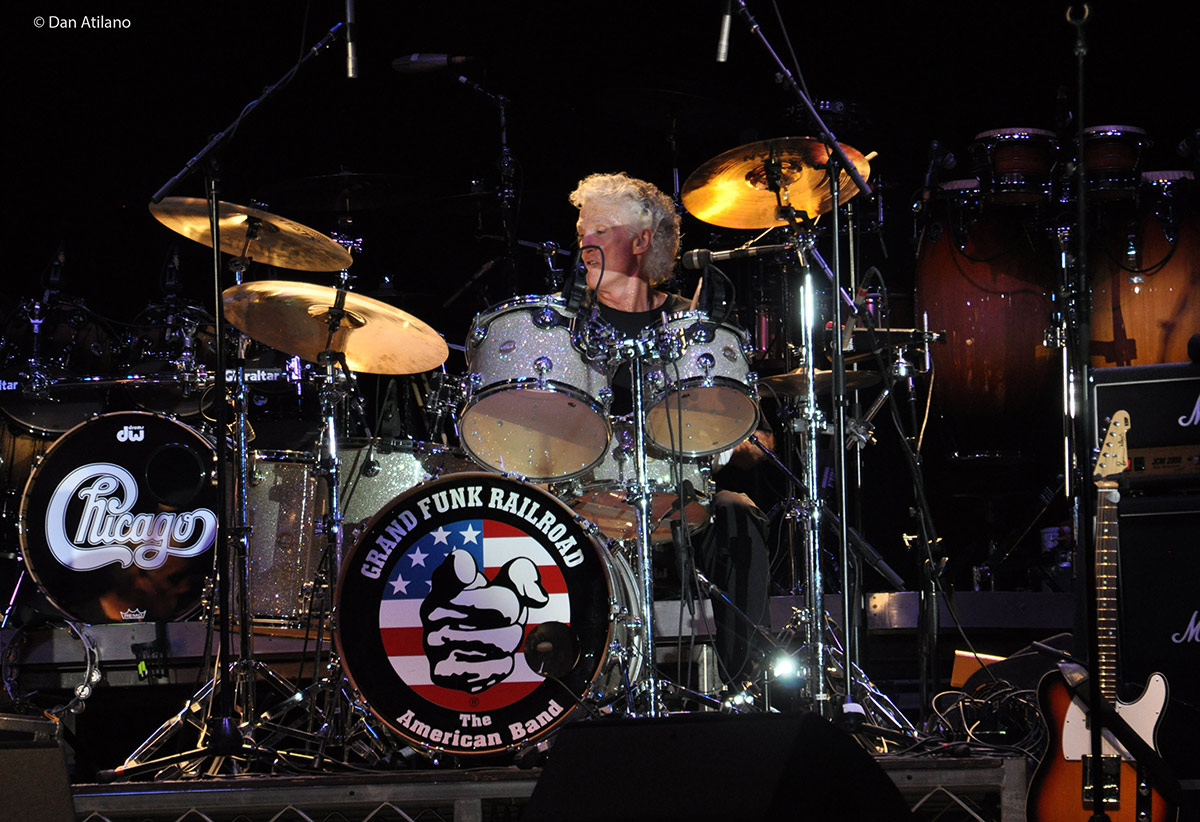 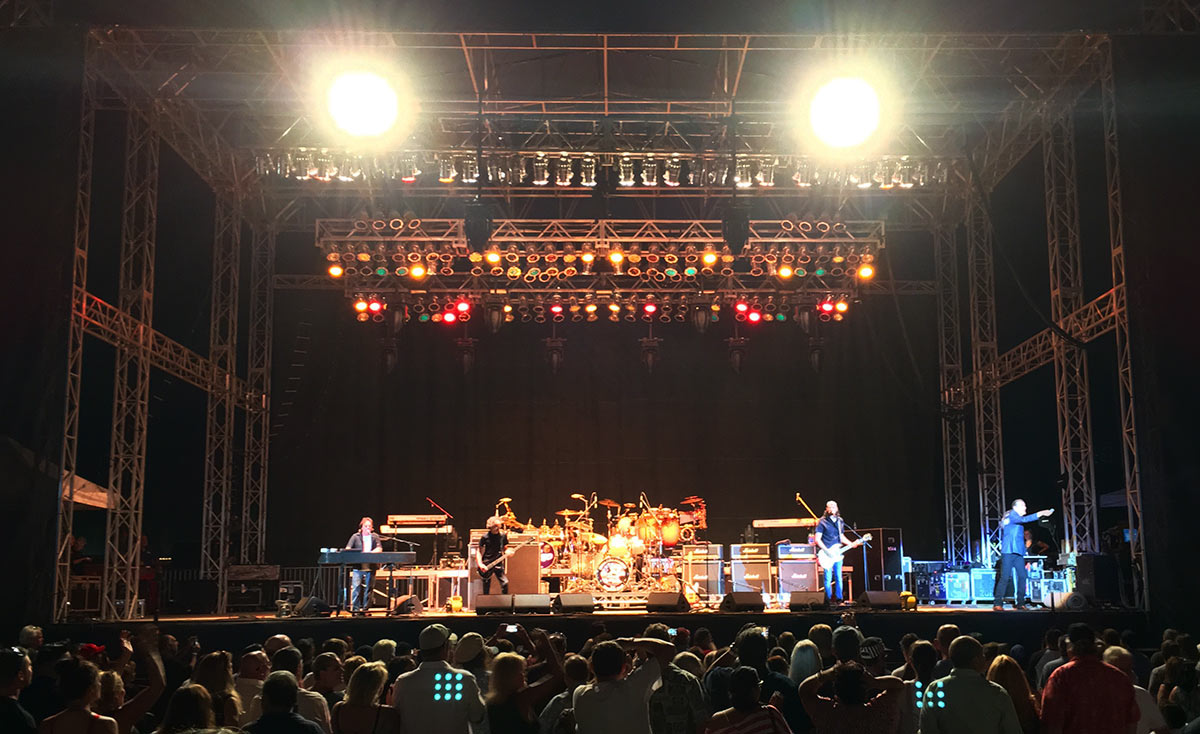 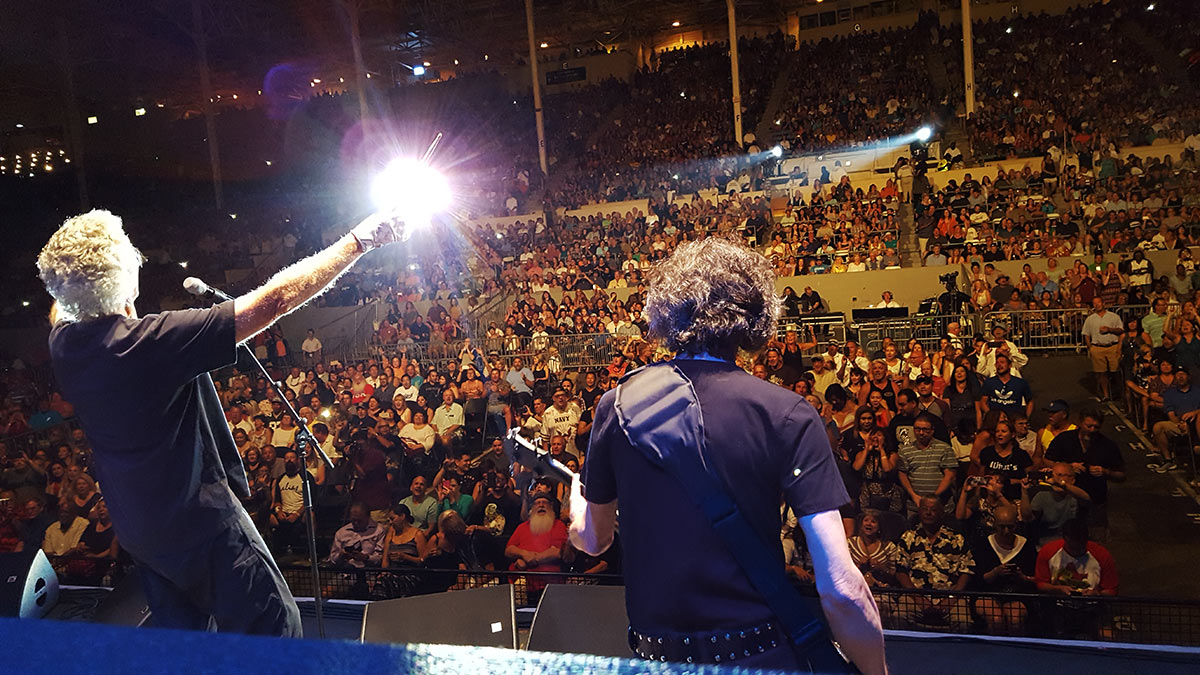 The band got to kick back for a couple days in LA and then drove out to Bakersfield, CA, for a show at the Kern County Fair. Having to drive two and a half hours through a dust storm (their first ever dust storm), GFR played another great show for an enthusiastic crowd.

On the 29th, the gang had a fly day to travel out of LAX through Salt Lake City and ended up in Pasco, WA, where they would base operations for back-to-back shows in Yakima, WA and Lewiston, ID.

9/30 saw Grand Funk headlining the main stage at The Central Washington State Fair. To a capacity crowd on a beautiful Washington early fall evening, Grand Funk had the crowd on their feet from the beginning to the end of a great GFR show. 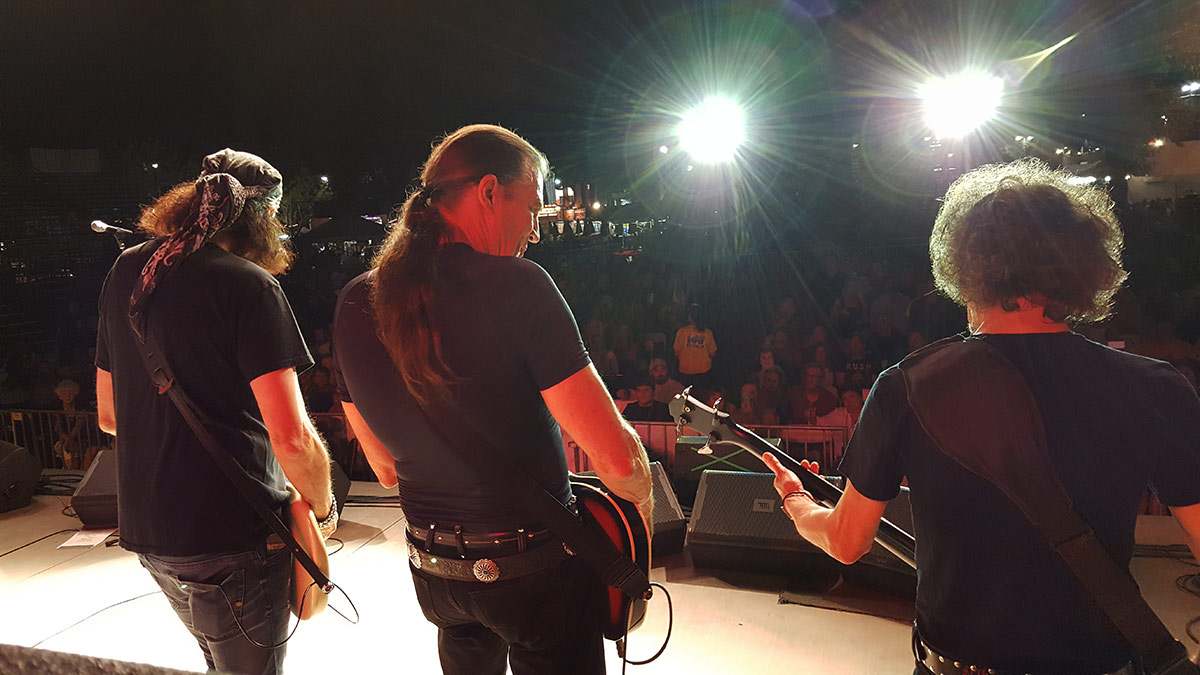 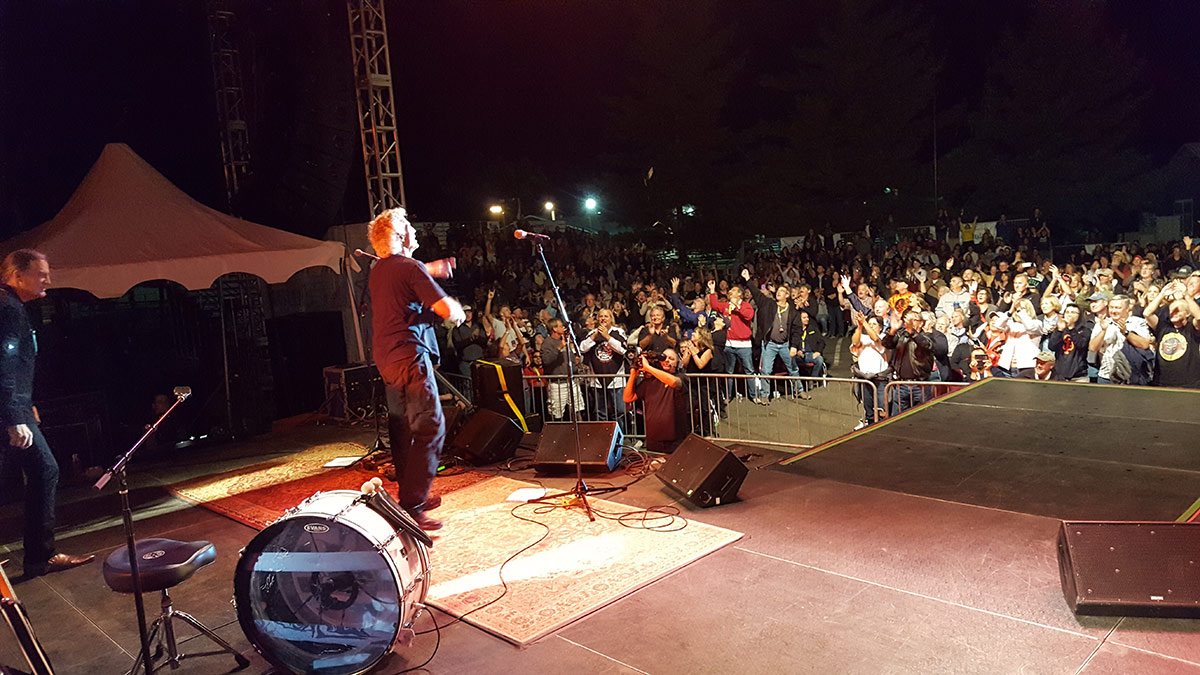 On 10/1, the guys took a very scenic two and a half hour drive to the Event Center at the Clearwater River Casino Resort in Lewiston, Idaho. GFR rocked the house, and many attending the show were taken back to their teens with great memories triggered by Grand Funk Railroad tunes. 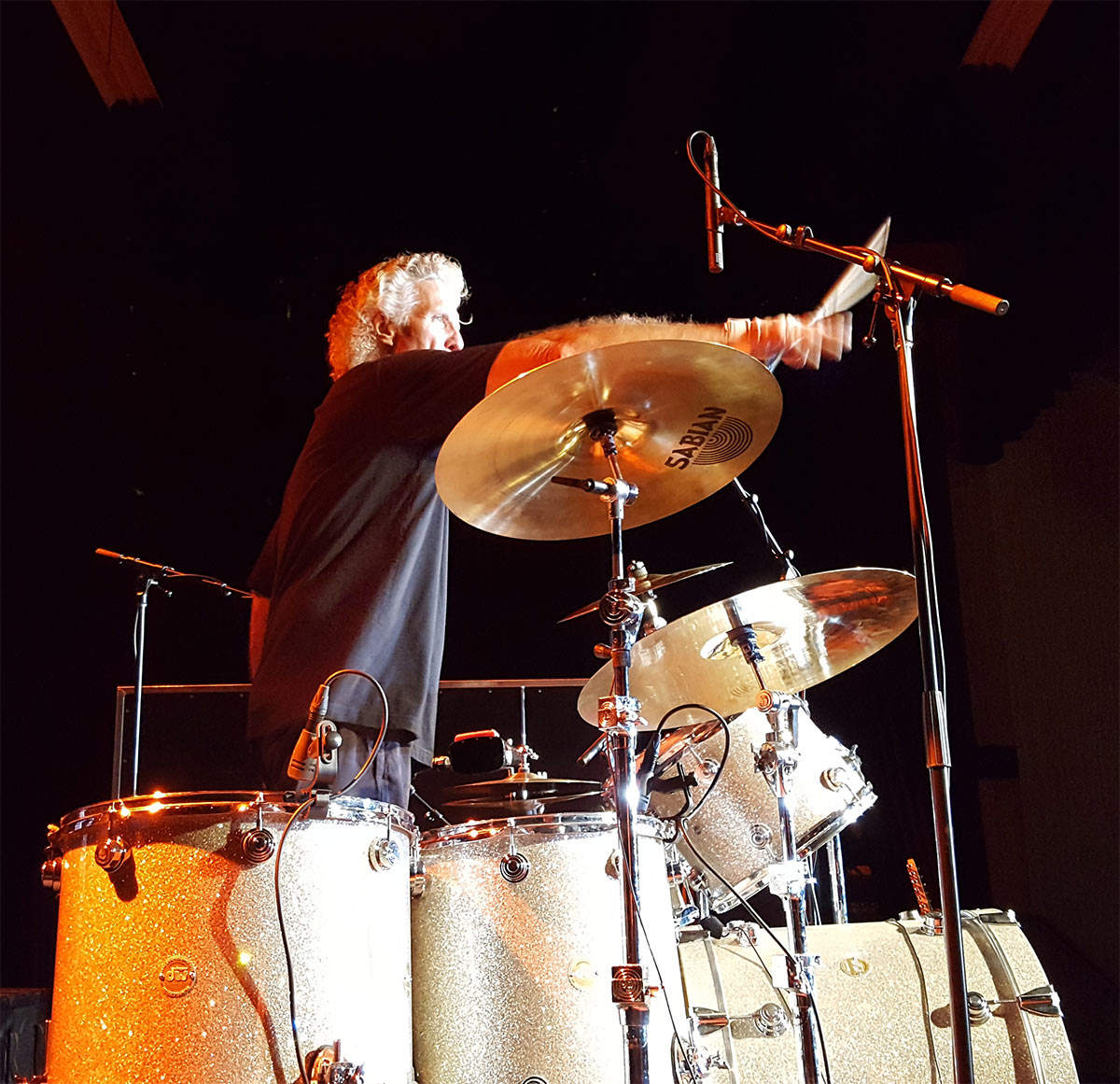 This was a great nine day run for GFR.

It definitely goes down in our Best Of "Out On The Road"!

Grand Funk traveled to the West Coast this week for an appearance at the historic Del Mar Fair in beautiful Del Mar, California. Playing to an enthusiastic crowd of all ages at the Del Mar Grandstands, GFR's show was a SMASH! 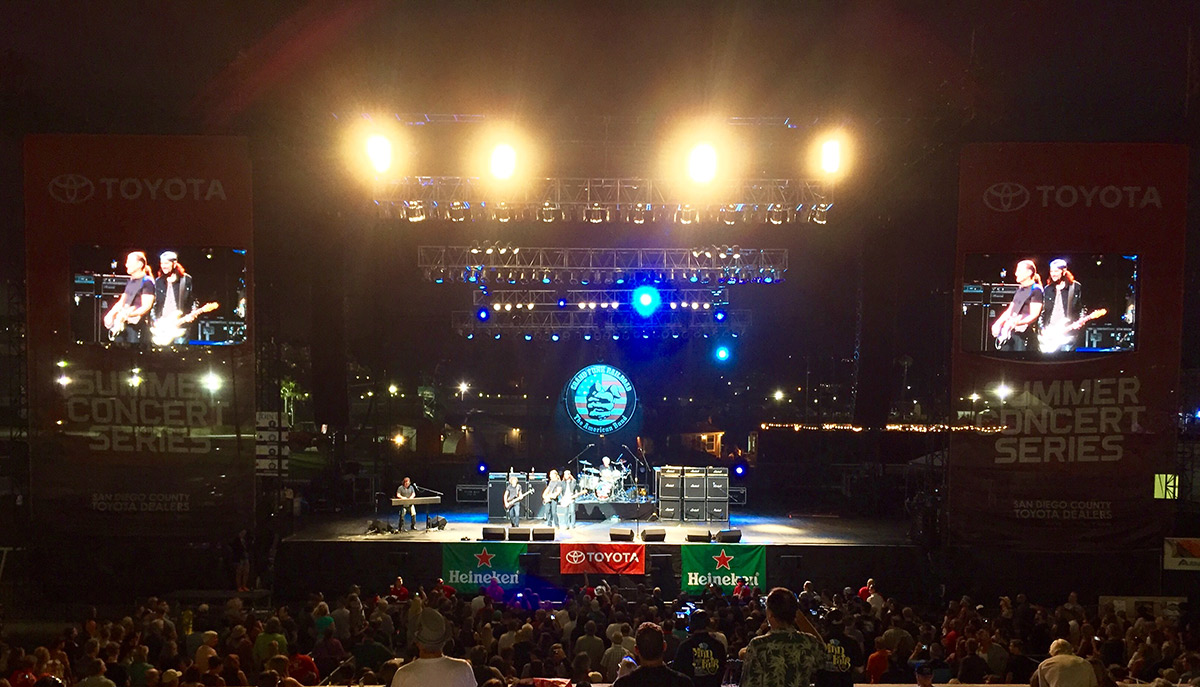 The Del Mar Fair is the largest annual event in southern California and draws over a million and a half visitors. Grand Funk's concert was part of the Toyota Summer Concert Series featuring nationally known entertainers each night on the "Heineken Grandstand Stage". 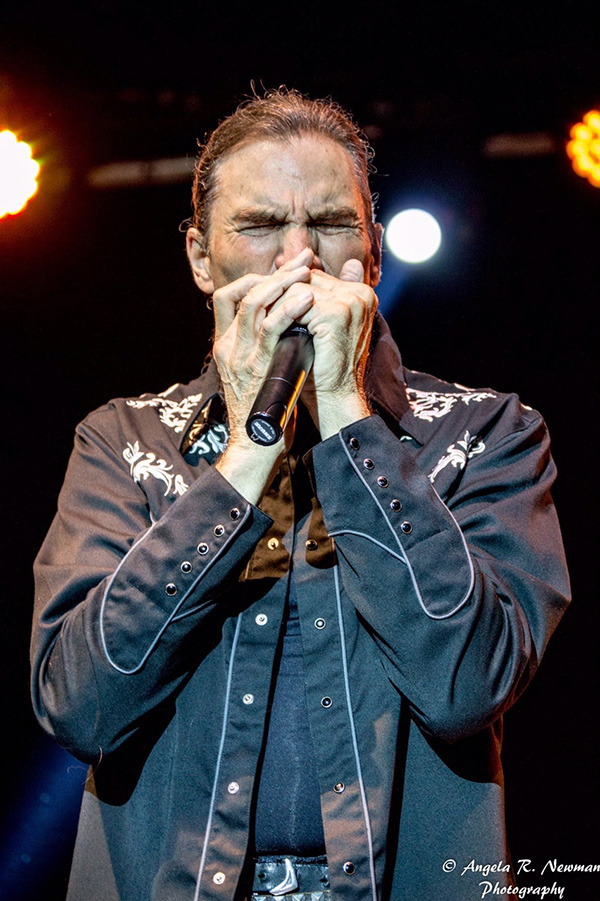 The crowd rocked to GFR's many hits, and by the end of the show had flooded the front of the stage while singing along to "Some Kinda Wonderful", "Closer To Home", and "We're An American Band". 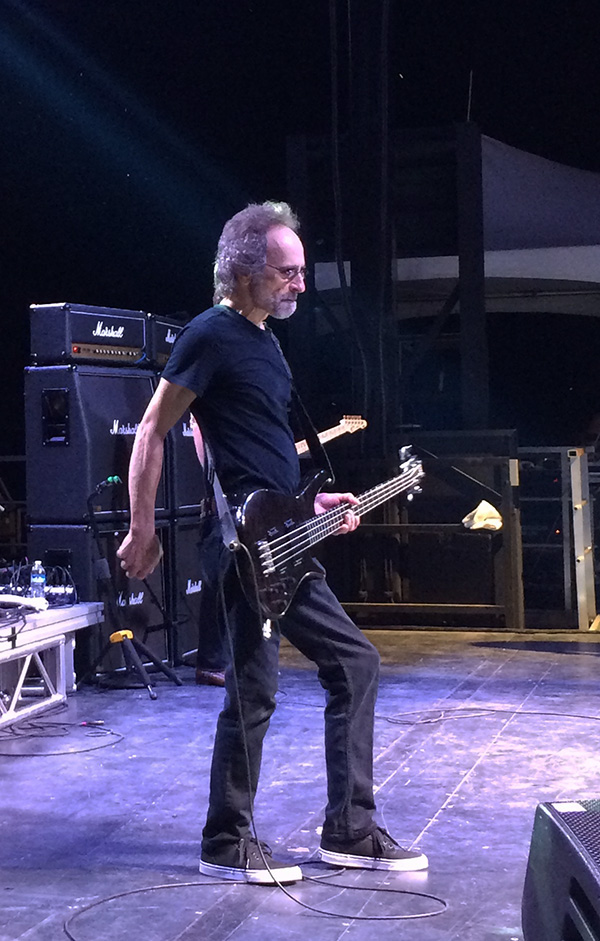 This was Grand Funk's 6th concert at the Del Mar Fair in the last 20 years and just as memorable as the first. 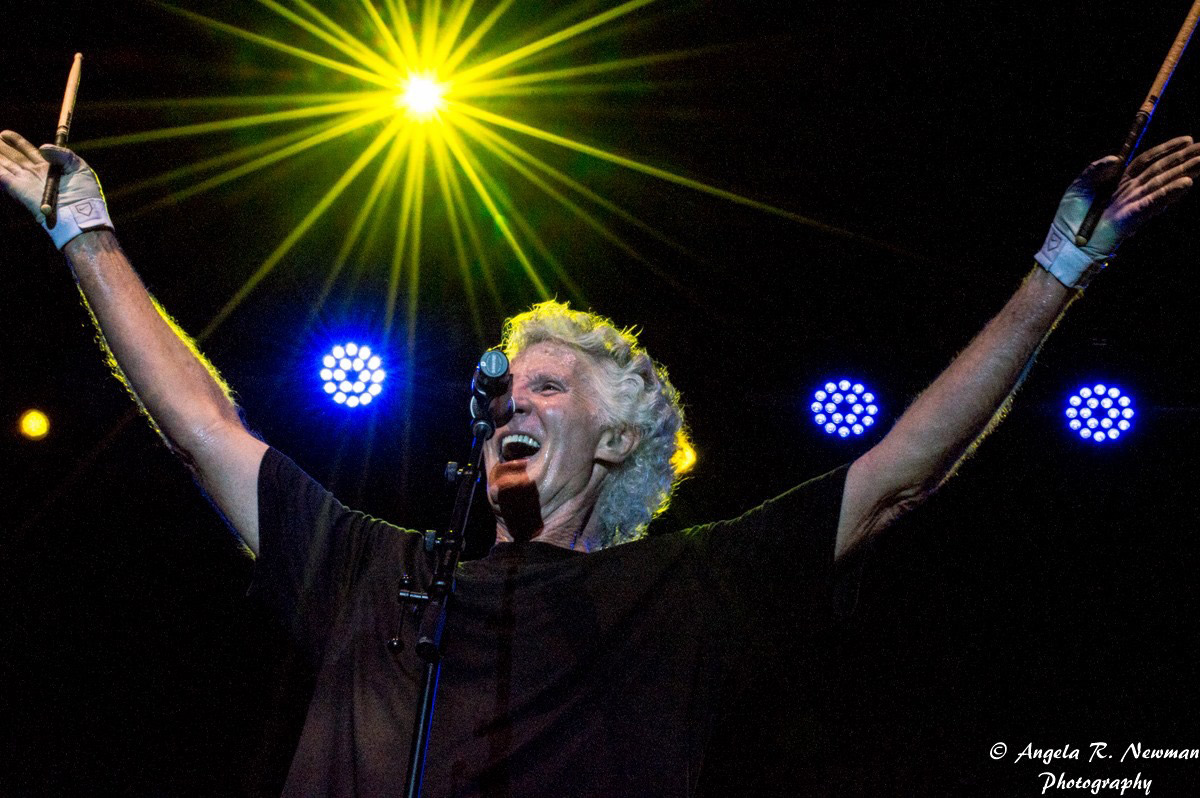 "Rock Legends Cruise 2016" with Peter Frampton, Greg Allman and Grand Funk Railroad (plus more) on the ship Independence Of The Seas.

Grand Funk played the first night of the cruise in the main venue to a standing room only crowd and brought the house down. Fighting with technical issues due to the number of acts and the limited time between bands, GFR was still able to bring the sold out crowd to its feet for the entire show. 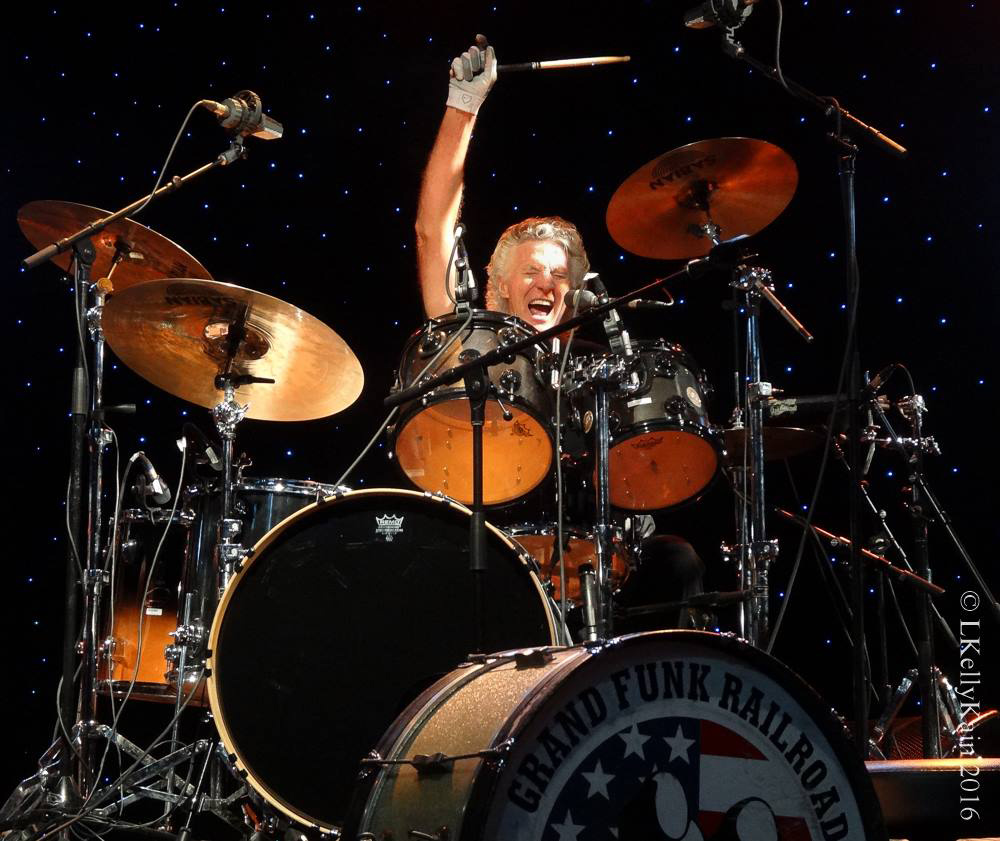 The first night success of Grand Funk became the talk of the ship and everywhere the band members went, they were congratulated and asked for pictures and autographs. The second show on 1/22 had to be moved from the "on deck" venue to an alternate inside theater due to high winds and rain. GFR still played a great show. 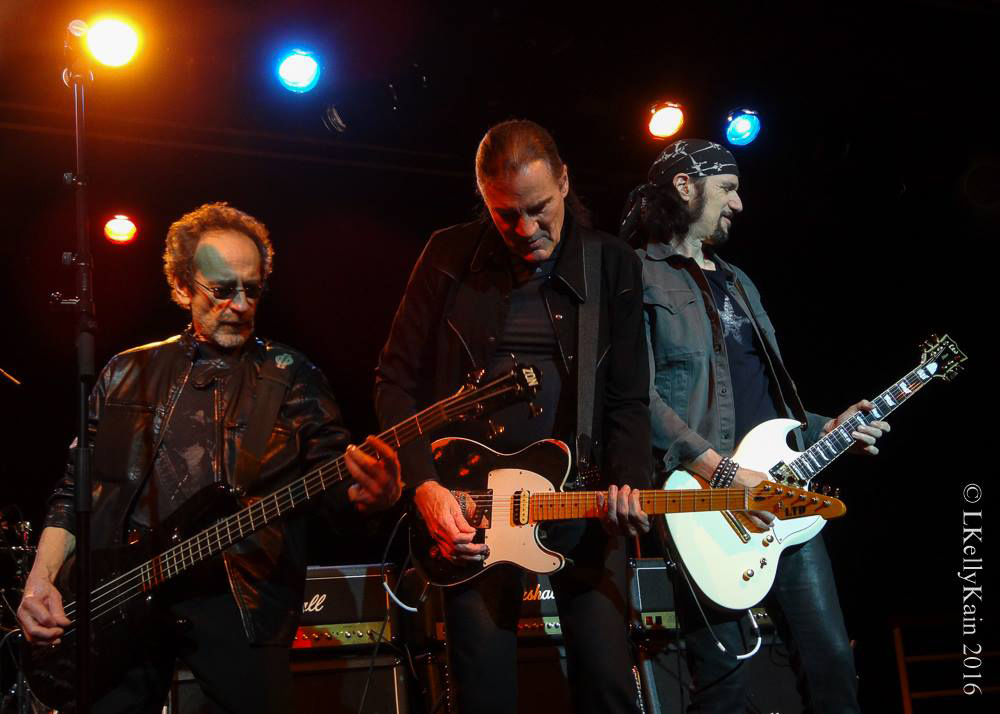 The final show was again back in the main venue and again standing room only with many of the other artists and bands attending to see the terrific Grand Funk show that was being talked about shipwide. What a great Rock Adventure it was for all the artists and fans.